It is, of course, very difficult to pinpoint an exact birth-date for SETI. Fascination with other worlds and their inhabitants has a long history, dating back to antiquity. Even the search for radio signals from space stretches back to experiments by the leading radio pioneers in the earliest days of radio. But the history of modern SETI does have a clear beginning. In 1959 Philip Morrison and Giuseppe Cocconi were young physicists at Cornell University interested in gamma rays. "One spring day in 1959," recalls Morrison, "my ingenious friend Giuseppe Cocconi came into my office and posed an unlikely question: would not gamma rays, he asked, be the very medium of communication between the stars?" Morrison agreed that gamma rays would work, but suggested they should consider the entire electromagnetic spectrum for its possibilities. 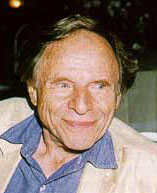 The result of this brainstorming was a short two-page article, which was published in Nature magazine on September 19, 1959. Entitled "Searching for Interstellar Communications," it is rightly considered the founding document of modern SETI.

In the article Morrison and Cocconi freely admit that it is impossible to estimate the probability of the existence of alien civilizations on planets orbiting distant stars. But based on the only example available - that of humans on Earth - they argue that one cannot rule out that there may be very many alien technological societies out there. Many of them, they argue, may be much older than human societies and far more technologically advanced.

The aliens, furthermore, would in all likelihood consider our Sun to be a likely candidate for the formation of a technologically advanced civilization, and would seek to make contact with it. The main question, according to Morrison and Cocconi, is what means would they choose?

Electromagnetic waves (radio waves, light waves, etc.) they argue are the obvious choice. Only these, traveling at the speed of light, can cross the fantastic distances involved without dispersing and in anything resembling a practical amount of time. This leads to the next crucial question: at what frequency will the aliens transmit their signal?

The most rational frequencies for communication between the stars, Morrison and Cocconi argued, were between 1 and 10,000 MHz. Those are the frequencies in which the planetary atmosphere interferes the least with electromagnetic signals, and where radiation noise from our galaxy is also at a minimum. Several years later it was discovered that those were also frequencies in which there was little interference from Cosmic Background Radiation, but this was not known in 1959.

A range of frequencies of 10,000 MHz is still far too wide for conducting a systematic search. Morrison and Cocconi therefore hazarded a guess that has shaped the course of SETI research to this day: The aliens, they argued, are most likely to be broadcasting at a frequency of 1420 MHz (wavelength of 21 cm). That is the emission frequency of the atom of the most common element in the universe - hydrogen. This frequency would suggest itself because it would be known to any observer in the universe. Any systematic search should begin here.

The authors then made another observation, which has had a profound impact on the way SETI searches are conducted: any signal sent from a the aliens' orbiting planet to our orbiting planet would necessarily drift away from its original frequency. This is the result of the Doppler shift, familiar to anybody who has heard the change of pitch of a train's whistle as it passes by. Because the speed at which the planets are moving relative to each other constantly changes, the frequency of the transmission will inevitably drift over time. A search for an alien signal would have to take this drift into account, and search for a transmission whose frequency slowly changes.

Morrison and Cocconi concluded their article with a challenge to skeptical readers. Many, they admitted, would argue that this kind of speculation belongs in science fiction rather than science. This is not so: their argument, they claimed, shows that the presence of an alien signal is consistent with all that is presently known. They concluded with a challenge that has become the rallying cry for all SETI enthusiasts since: "The probability of success is difficult to estimate; but if we never search, the probability of success is zero."