The lingering questions about how to conduct a search were still very much in evidence in the first post-Ozma SETI project in the United States. So much so that the search leader himself, G. L. Verschuur of the NRAO, expressed serious doubts about the purpose of the enterprise: "It is the author's belief," he wrote in an article describing the project, "that any detection of signal from another civilization will most likely be an accidental one in the sense that we will pick up signals not meant for us. For this reason it is unlikely . . . that a wavelength around 21 cm is the wavelength at which to search." These are indeed serious misgivings, coming from the very person who was to conduct the search. 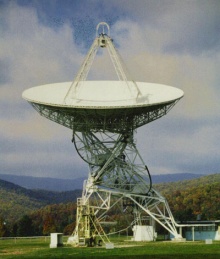 Nevertheless, Verschuur went ahead with his program. Conceived as a direct continuation of Drake's 1960 project, it was based, like Ozma, in Green Bank, West Virginia. Whereas Drake had to content himself with the use of an 85-foot radio telescope, Verschuur had the use of a 300-foot dish and a 140-foot dish, as well as far more advanced sensitive equipment. Over the course of 1971 and 1972 Verschuur pointed his instruments at nine nearby stars, including the ones targeted by Ozma, listening at the hydrogen line frequency and correcting for Doppler shifts. In some respects it was an expanded and improved "Ozma," but in other respects it was a much smaller project: whereas Drake's team devoted 150 hours to their observations over three months, Verschuur and his colleagues spent only 13 hours observing over the span of two years. Nevertheless the similarities were such that Verschuur's search became popularly known as "Ozpa."

Ozpa was followed by a larger and more sustained NRAO search designated "Ozma II," which surveyed 674 stars over 500 hours between 1972 and 1976. Over the next three decades, many searches followed. Most of them were small and limited in scope, depending on available telescope time at established observatories, and designed to test a researcher's particular hypothesis. Some, however, were larger and more sustained and a few of those will be mentioned here.